I feel super icky today, but I figured if I can pack, I can blog about my knitting. :) As I was packing my knitting stuff (the stuff I don't need or want to see for a long time), I discovered all my works in progress piled together at one end of the couch. I packed a few that will never be finished or can only be finished when I have a quiet, organized place and lots of patience to finish them. I left a couple lying around so that I can finish them quickly, as I should have whenever I relegated them to the pile in the first place!  Here's what I've got warmed up on the needles: 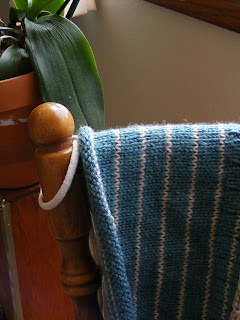 This is a design experiment. I'm making a summery top with one under-arm seam. I love the colors and the stripes and the drape and the softness of the yarn....It's going to be great! I just hope it turns out right! 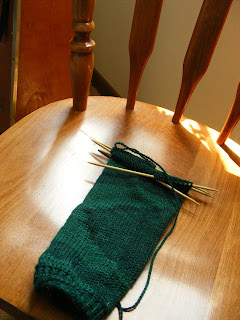 Here is sleeve one of two for a fall sweater. The yarn traveled to Seattle with us, but wasn't cast on until we got back. I really like the way it's shaping up and the pattern is great. The yarn is wonderful (even if it sheds as much as the bunnies), but it's starting to look like summer in Iowa finally and it's just too hot right now! I'll get back to it soon. 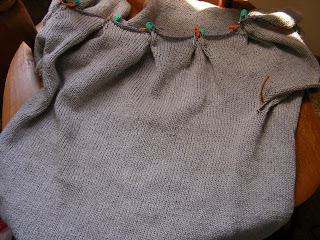 Finally, this is from the pile. I think I started this super cute top last spring, finished knitting it (except the sleeves), but never stitched it up to completion. I have no explanation for this. I'm kind of ashamed, really. As you can see, I'm working on the pleats now. It may be my finished object for Friday!

And because I don't take and share pictures of my bunnies enough, here's a glimpse of a typical summer day for my babies. They make me want to be lazy with them all day. :) 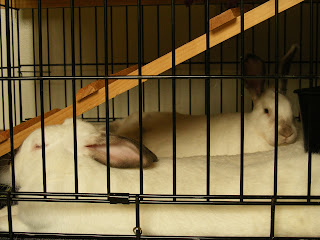 What's in a Button?

Last Friday, I had every intention of sharing this finished object with you, but I could not find the perfect button to truly finish it. This week, I still don't have a button, but I will share anyway. 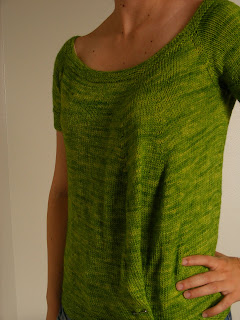 
I started this project the Friday before we left for our road trip and finished it the Thursday after we got home. I thought I'd get a lot of knitting done after days in the car, but when I wasn't driving, I was reading the history of Rome to John, otherwise entertaining him (very poorly), or mesmerized by the stunning spring scenery (such as that in the typically flat and boring Nebraska after which I named the project). 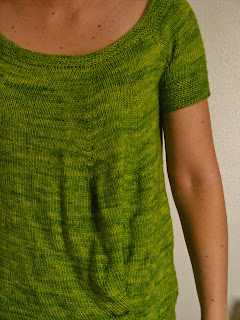 I really loved everything about this project except the one thing I had never done before (and far too late realized I was doing in the wrong place!): alternating skeins. For those who don't know, with any hand-painted/-dyed yarn, it is recommended that you alternate between two skeins every few rows so that any color difference is hidden. Googling "alternating skeins" brings up lots of helpful tips and tutorials. One of my two skeins had a darker green in it, so I'm glad I alternated, however, I alternated down the center back and now I have a seam. :/ I have yet to figure how I could have maneuvered it beneath an arm where it would be less noticeable...oh well. I'll probably submit it to the state fair anyway. :) 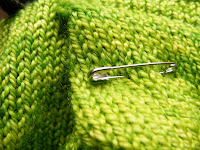 I have one more stop to find a button. I never know what button I want for any project. I simply take the finished project into a craft store and go through all the buttons until I find the perfect one. I found a few close ones, but not the perfect one. Surprisingly, finding a matching-colored button has not been a problem, but finding a big one that lends to the character I want this top to convey has been. I'll update you when I find the one!

Click to the project page link for a picture of some super cute prairie dog babies we watched for way too long in Wyoming! :) And click here to see more posts from fellow knitters on their finished objects!
Posted by Ness at 1:21 PM 12 comments:

We got back from our road trip on Saturday, but I've been relaxing on a couch, relishing in the fact that I'm not in my car anymore and that I don't have anywhere to be, or trying to figure out how to organize my days this summer so that I can get 30-40 hours of studying in (like I'm supposed to), pack my apartment, take care of the bunnies, start running again, and knit too! :) I think I have it figured out. We'll just see how long I can keep it up...(or if I can even get started).

I guess I'll give you a brief rundown of our trip and share a short bit about my favorite part (I can't pick one, but I'll try)! Our first destination was my hometown in Idaho, where we stayed a few nights while venturing to Yellowstone and Craters of the Moon by day. Then, we headed to Seattle. In Seattle, we went to the aquarium, the Space Needle, Pike's Market, and my best friend's wedding. After the wedding, we ferried across the Sound to the Olympic Peninsula and explored Olympic National Park (I think we both agreed this is our favorite national park!). We stayed in Ocean Shores and collected sand dollars on the beach for way too long the next day, then began our trek back to the Midwest. We saw the site of the Battle of Little Bighorn, which I will flag as one of my favorite moments of the trip. The following day, we went to Devil's Tower and Mount Rushmore.  We saw the Badlands from the road, but my parents say that's not good enough, so we may have to go back!  After a stay along the flooded Missouri in South Dakota, we drove back to my Gma's to pick up the bunnies and have lunch, and then high-tailed it back home! We had a fantastic time, but it's good to be back home after two weeks away! 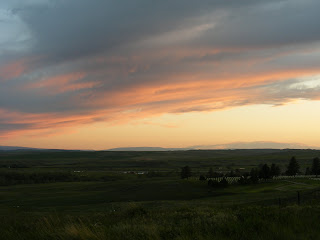 Little Bighorn: History is not my thing. I find it interesting (I am a Classicist, after all), but I can't retain it to save my life (except for two weeks in order to pass comps). I'm sure I learned about the Battle of Little Bighorn once or twice in my life, but all I know now is that it was Custer's last stand against a chief named Sitting Bull (right?). In any case, I know it was a big deal and when we saw a sign that it was right off the interstate, we thought, why not? It was a quarter to 9 and the sun was setting. The park ranger told us we had 15 minutes, so we could drive to the top of the hill and park in a handicap spot if we wanted. So we did. It was remarkable, breath-taking, wonderful, emotional, thought-provoking, unforgettable.... 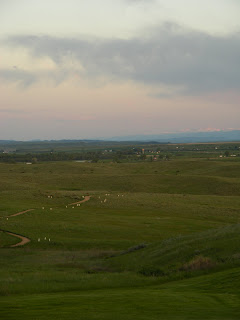 John and I debated the ethics of memorializing a battle against Native Americans (or any battle, really) and wondered whether, if we had been Natives, we would have handed over the land to save our lives or fought to save the land that was our life. I think we decided in the end that there was a certain poetic justice for the Natives that the land fought on and over would never be touched as long as it remained a national monument and cemetery. We watched a lot of Pawn Stars on the trip and also pondered a comment made by one of the shop owners (just the night before!) about Custer's decision not to take his two Gatling guns to this particular battle.  What would that memorial look like? The Gatling victory would have been far bloodier and more heart-wrenching. I suppose, in the end, it is good to remember both the actions we honor and the actions we regret. The object of history is to remind us not to repeat certain actions, though we rarely heed those reminders (I'm a Classicist, remember, those silly Romans were the definition of History repeating itself). 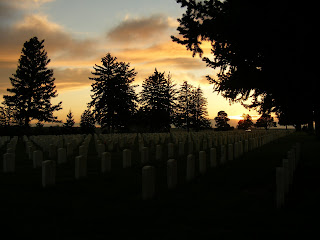 My pictures don't do it justice, so you'll just have to go visit! :) Expect to see a lot more, though! We got some good ones!

We went to a lot of national parks on this trip and plan to visit or revisit more. Which is your favorite?  Why?
Posted by Ness at 1:27 PM No comments: