The Sun Came Out

Hello friends! Long time no blog! I've written a few posts, but it's been so dark and cloudy, I haven't been able to take any pictures to go with them. :P It's like we live in Mordor over here! I've seen the sun twice in the last three weeks! Christmas was one of those days, so that was a nice gift.

I hope you all had a fabulous holiday, whichever ones you observed. Ours was quiet and relaxed. I'm still knitting Christmas presents like a little elf, though. I have a lot left and a deadline that's creeping up fast (nope, it wasn't Christmas!). 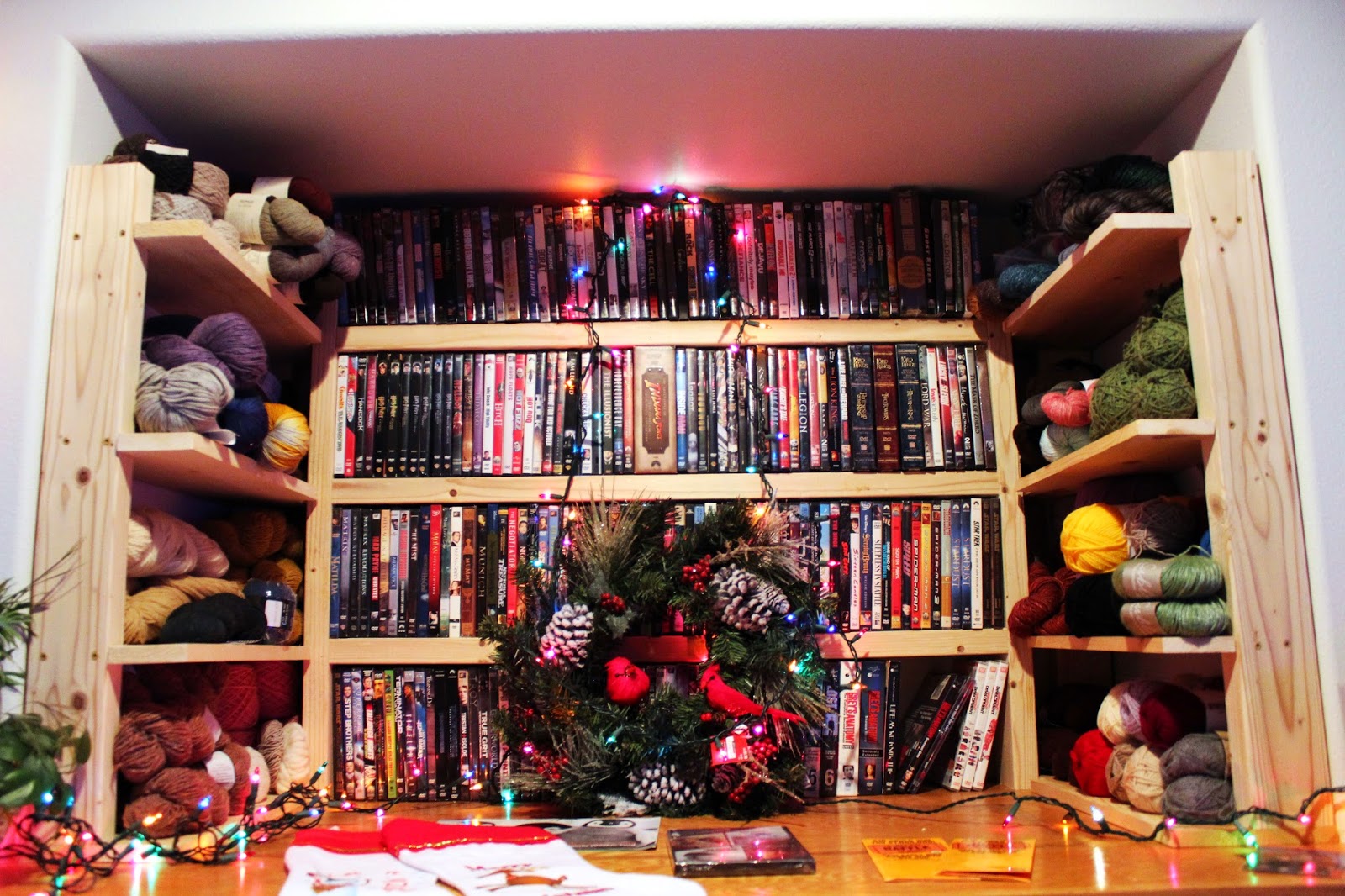 Today and yesterday, I conquered the monumental task of moving my yarn stash around. John's been on a shelf-building kick, which wrapped up with new yarn shelves for me. Yay! I don't have as much unused yarn as I thought I did. I have a ton of partial skeins, but those are living somewhere else for now. :S 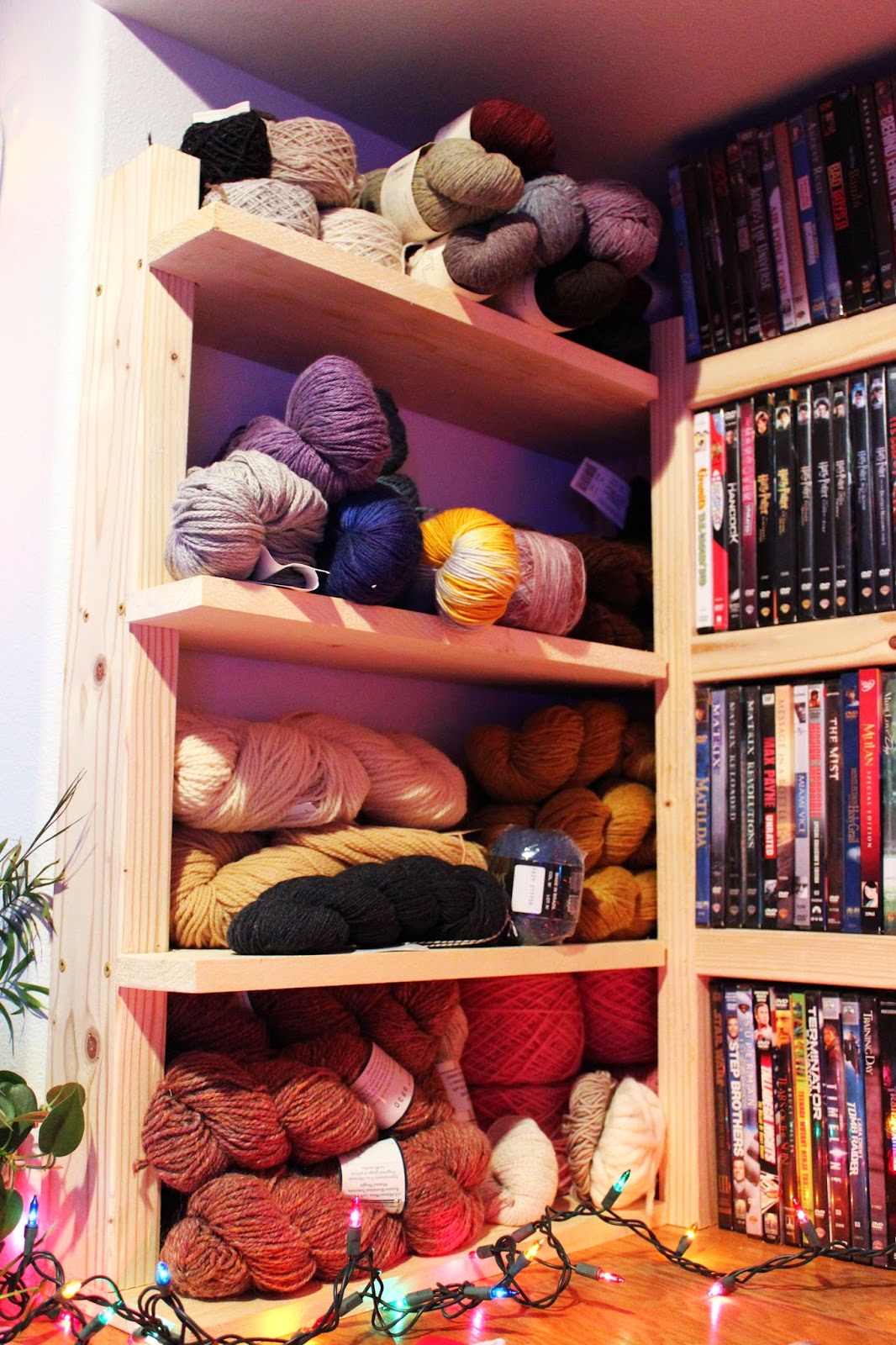 I like the idea of getting up and plucking the yarn I want from the shelf instead of having to recall my weird organizational system (and the exceptions to it) and digging through boxes and tubs of yarn. I'm hoping to continue my destashing in the coming year. This will help me keep track of it. Though I'll have to find a new use for some of the shelves when I begin to run low on yarn (HA!). 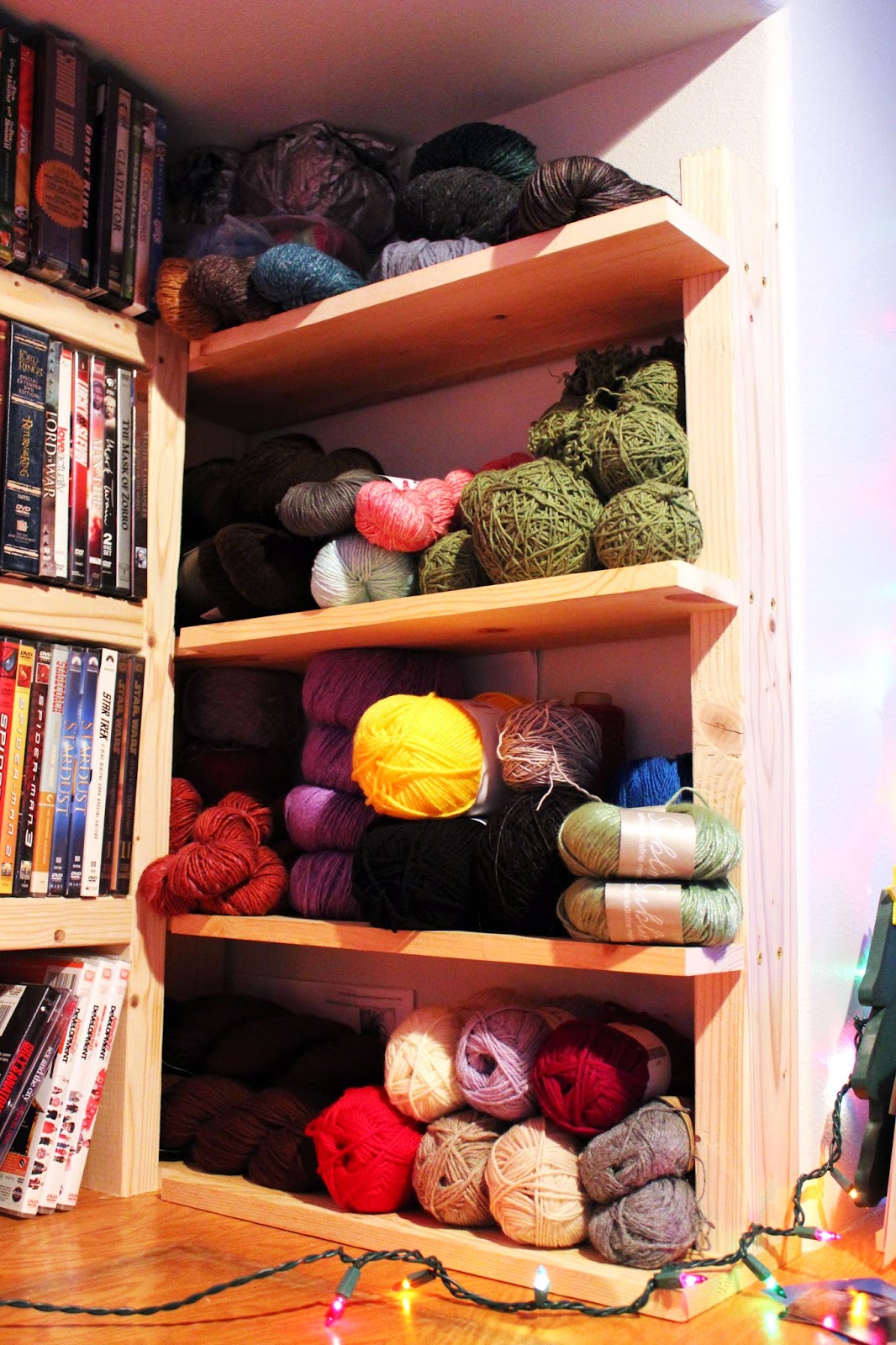 I'm sure (I hope) after the gift-knitting season you are all diving into selfish knits! What are you working on to keep you warm in this burst of cold weather?
Posted by Ness at 10:20 PM 5 comments:

Hello, dear readers! I hope my American friends had a fabulous Thanksgiving last week and that my international friends had a great week!

The lack of sunlight is hindering my blogging a bit because I'm not typically home when the sun is available for photos. :P I have been knitting and working on various things, though.

My in-progress knits have been unceremoniously dumped in wretched a pile next to the futon since this summer. It was really starting to wear on me, so I thought I'd do something about it. My first thought was to neatly fold the projects and stack them so that the least finished were on the bottom and the closest to finished were on top. That way, I can glance to my left, think, "Hey, this sweater just needs a neckband," and pick it up to finish it. 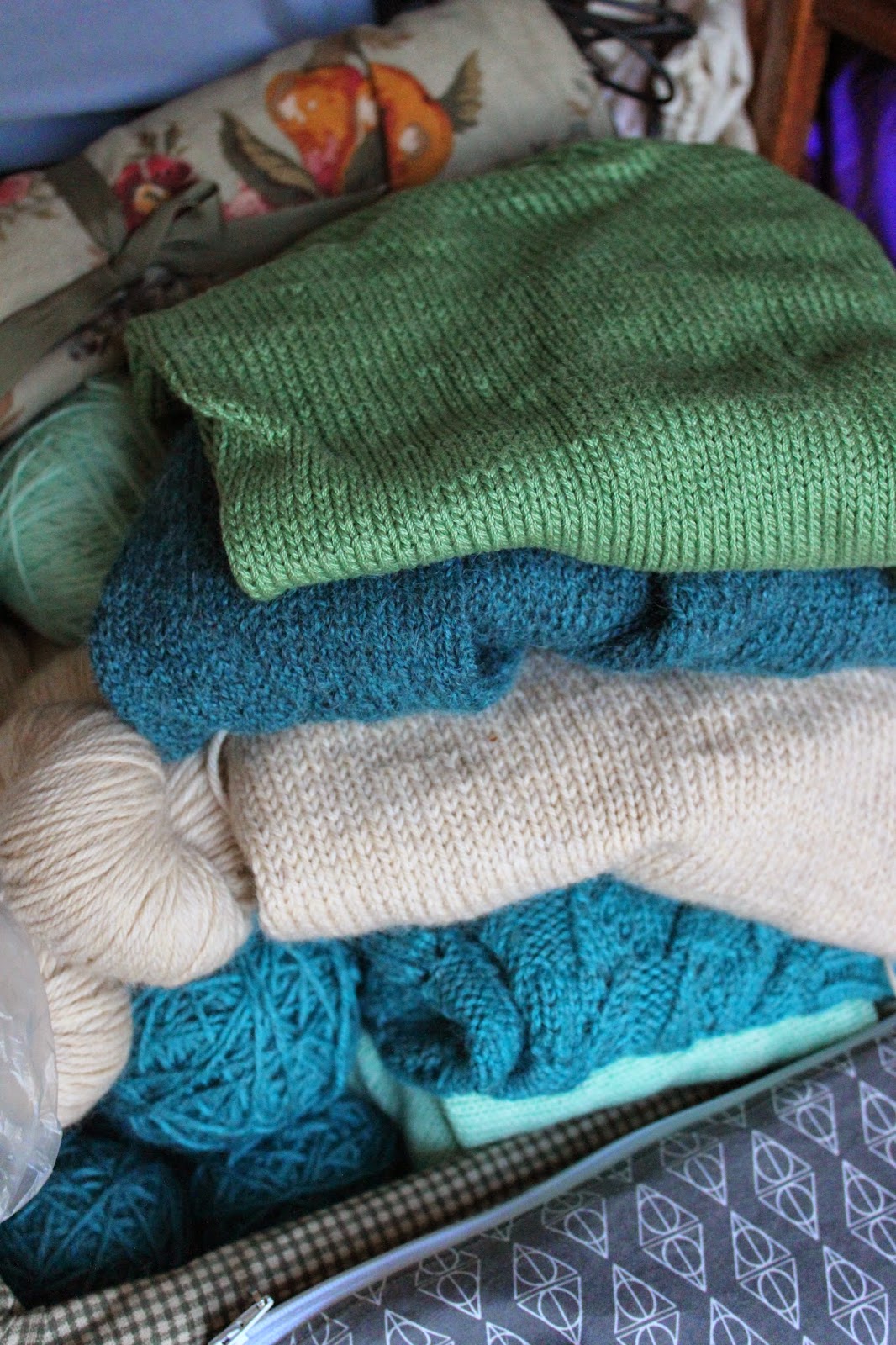 Turns out it works! As I was stacking the projects (sweaters, mostly), I thought those very thoughts and I finished a couple of them. I have a large order of Christmas knits, all the same item, so I know I'm going to be glancing longingly at this carefully arranged stack and wanting to knit on anything but those items from time to time. :) I'm hoping that desperation for anything else will result in lots of finished sweaters! It's ridiculous to have so many so close to being done. It's cold, dammit! Let's wear these things already!

I've had a bit of wrist pain as of late, so I've refrained from knitting, even though I don't think it is knitting-relating. It's feeling much better, so I'm going to do some housework now and then cast on a Christmas present for one of my brothers to knit when my Wednesday tv shows come on. :)

Are you making holiday gifts this year? What do you watch while you holiday-craft? If you are interested in some good company and some good holiday movie recommendations (some are wholly unrelated to any holiday, but still fabulous), pop on by the Christmas Movie KAL thread in the Very Shannon group and join us!
Posted by Ness at 8:31 PM 6 comments: